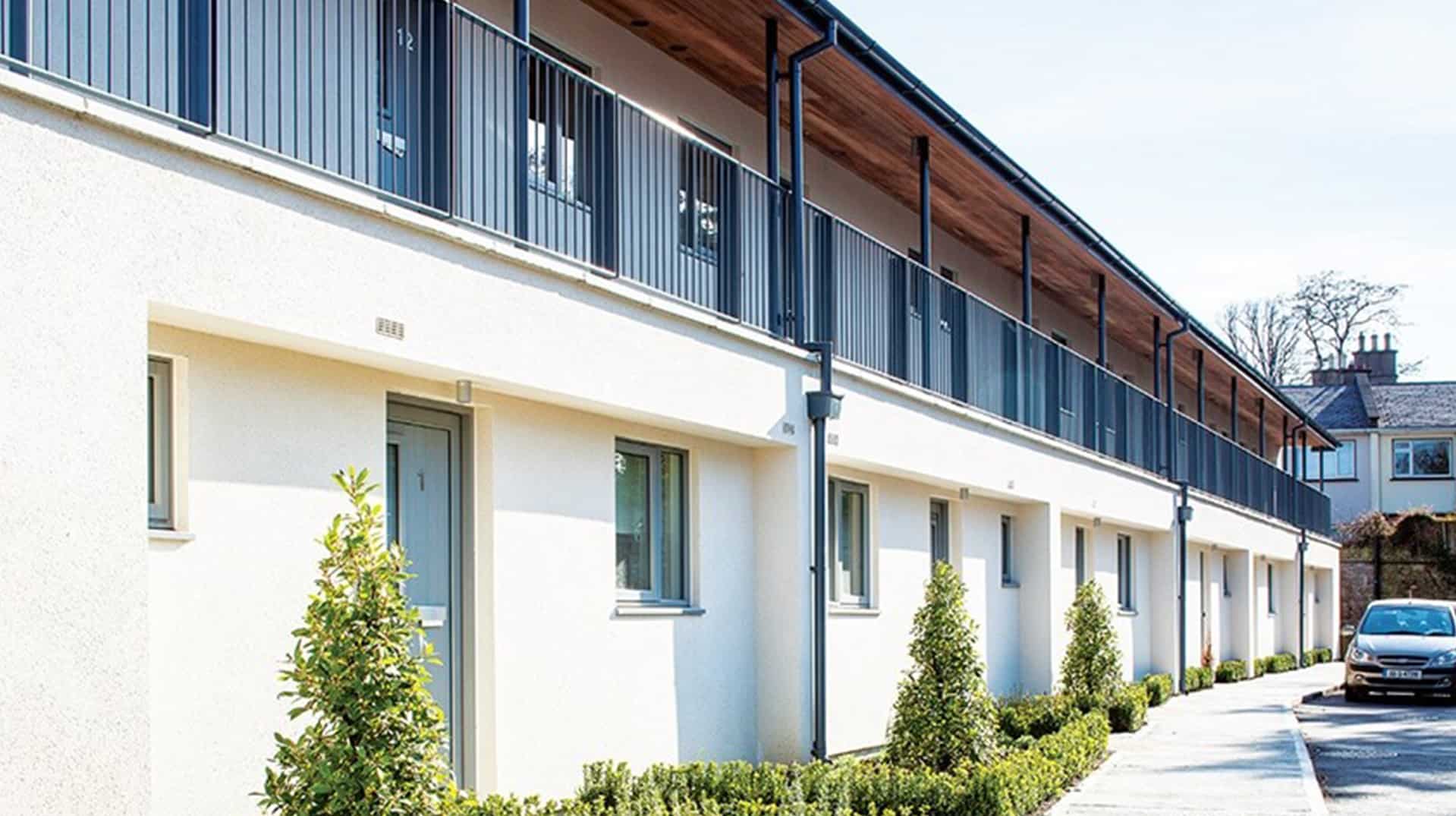 Built in the 1970s, Rochestown House was a cramped, cold and damp social housing block in Sallynoggin, Co Dublin that has now been completely transformed, thanks to a deep energy retrofit inspired by passive house principles.

Can decades-old concrete flats be raised up to anything like the passive house standard? This was precisely the question faced by Dún Laoghaire-Rathdown County Council in Dublin when it came to retrofitting the Rochestown House complex in Sallynoggin. A pair of low-density social housing blocks built in the 1970s — and catering primarily for the elderly — Rochestown House presented some of the archetypal challenges of social housing retrofit: the residents didn’t want to move, but the properties failed to meet anything like adequate standards of airtightness or insulation, and needed a major overhaul.

A survey by consultant engineers Hanley Pepper got the process underway — and its findings were not good. It was discovered that there was insufficient ventilation and natural light in all ground floor units; while steel sections at balcony level were rusted and in need of repair. Repair was also needed to various elements of the porches, window sills, and drainage, while re-tanking was recommended for the block’s balcony level. Asbestos was also found on-site. All-in-all, not only was the building envelope insufficient, but there was potential for serious health issues.

Dún Laoghaire-Rathdown County Council’s architecture department undertook design of the refurbishment in-house, coming up with a series of proposals comprising general refurbishment, expansion of the bedsits, and a significant energy upgrade. Nonetheless, it was with some trepidation that the initial survey was undertaken. “You’re never 100 per cent sure what you’re going to come across in a retrofit. You have to deal with whatever is there.” In the end, what they did come across was the need for serious remedial work. The bedsits in particular, at this point unoccupied, were a particular problem, suffering from major dampness and mould growth problems. “The ventilation was practically non-existent in them,” Clifford says. 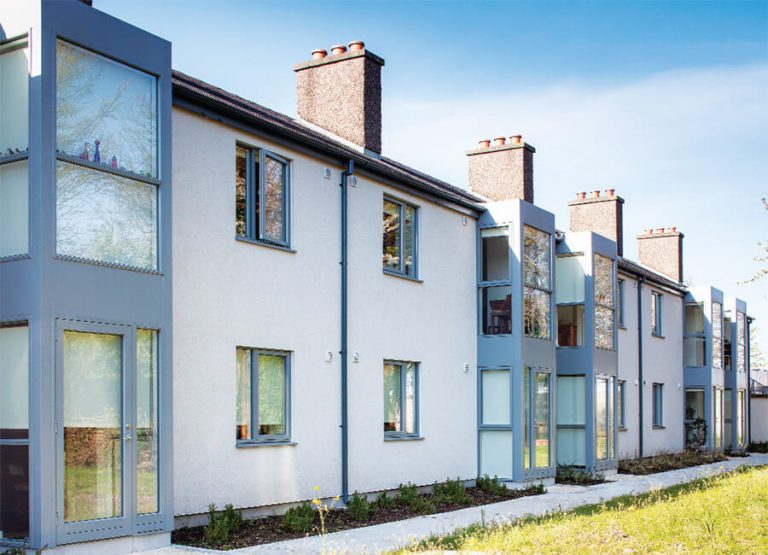 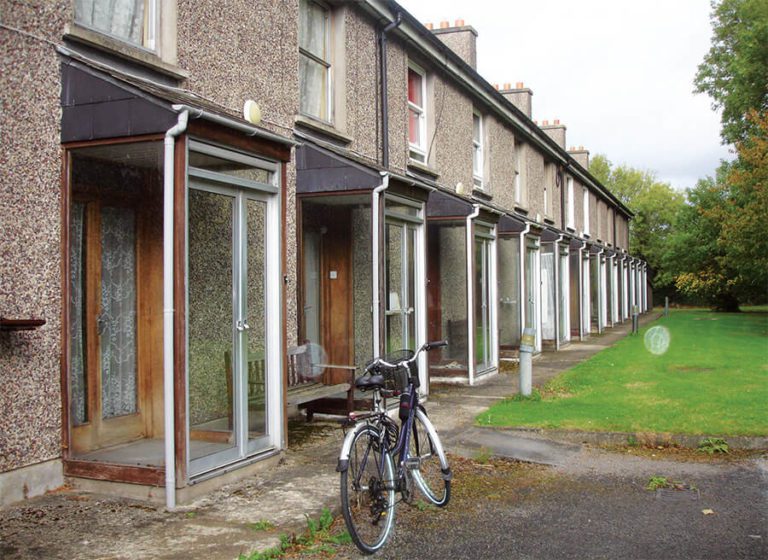 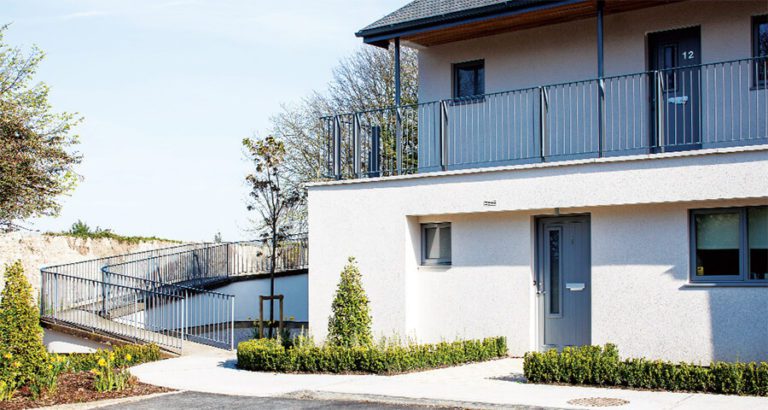 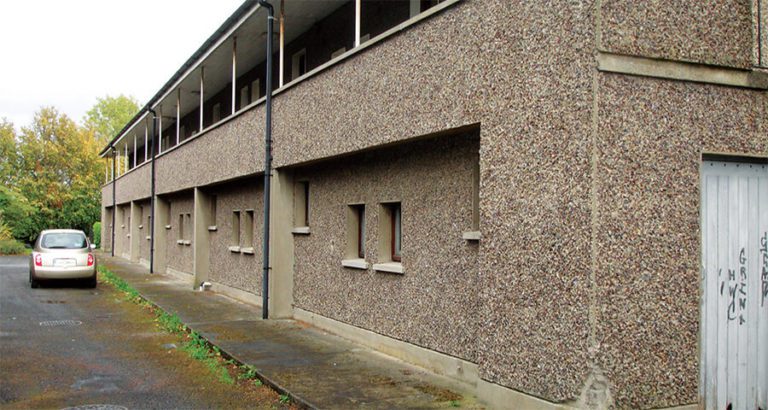 Despite the problems with the flats, such as single-glazed windows and a total absence of insulation, residents were nervous at the prospect of change. “The residents were unsure of the work; they were worried about having to move out, but they’re all happy now,” Clifford says. The addition of external insulation was one of the main changes—after all, this was a housing block with no insulation whatsoever before. A ParexLanko system comprising 100mm expanded polystyrene with a mineral render finish was applied externally, while the cavity walls were pumped with polystyrene bead, a combination which brings the walls into the realm of passive house specs, with a U-value of 0.17. Meanwhile, 300mm of mineral wool was installed in the attics, bringing the U-value down to 0.18.

The 12 unoccupied bedsits on the ground floor are now six occupied one-bed apartments, with their internal layout reversed, thus providing a south facing elevation in living areas in order to enhance solar gain. There are a further six one-bed apartments upstairs. 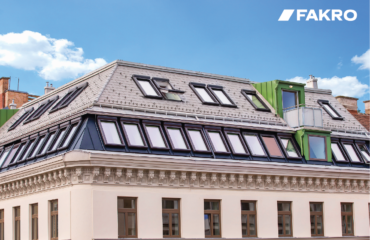 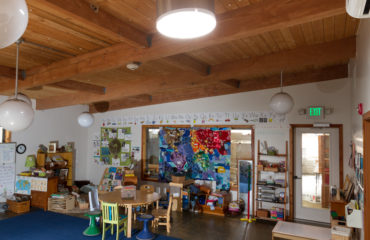